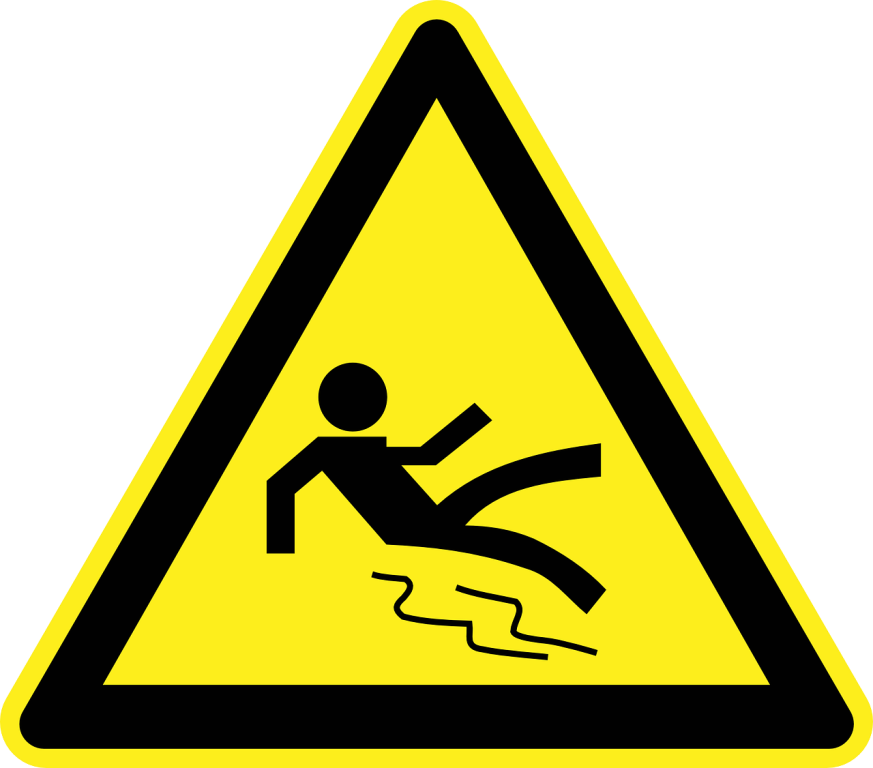 Safety and Hazard Communication Barriers will limit confusion and increase productivity and safety at your job site.

Near misses to accidents could be a signal something needs to be addressed at your workplace.

Banner Stakes is an effective, reusable and portable barricade system that provides unique safety benefits. The Banner Stakes system sections off areas to reduce liability and convey warnings which eliminate confusion, increase productivity, and enhance safety. Banner Stakes is the industry standard for quality and dependability. A must-have for any work place where safety, savings, and the environment are a concern. Banner Stakes is the leader in portable safety barricades for any industry including Automotive, Aviation, Industrial, Manufacturing, Hospitality & Gaming, Janitorial & Sanitation, MRO, Construction, Healthcare, Crowd Control, Safety, Equipment Maintenance, Warehousing, and Traffic Control.

Why are they important, and how can safety pros get employees involved?

An employee walks down the hall, stepping over an extension cord stretched across his path. He turns a corner and nearly collides with another worker. To avoid the collision, he steps to the side, spilling coffee onto the floor and inadvertently jostling a shelving unit, on which a tool placed close to the edge of the top shelf falls and hits the ground.

No one is hurt in this fictional scenario. However, the employees in it experience multiple near-miss situations – any one of which could have led to a serious injury. Some people may be tempted to write off near misses as “no harm, no foul” situations. But safety professionals such as Jeff Ruebesam say employers who track near misses, determine how and why they occurred, and take corrective action can prevent similar – or more serious – incidents from happening in the future.

“We don’t look at what happened; we look at what could have happened,” said Ruebesam, corporate vice president of health, safety and environment at Irving, TX-based engineering company Fluor.

An unplanned event that did not result in injury, illness or damage – but had the potential to do so.

Source: Fact sheet from OSHA and the National Safety Council

Not all safety professionals agree on what constitutes a near miss. Among the definitions:

A fact sheet from OSHA and the National Safety Council defines a near miss as an “unplanned event that did not result in injury, illness or damage – but had the potential to do so.” The fact sheet stresses that although near misses cause no immediate harm, they can precede events in which a loss or injury could occur. Employers that encourage the reporting of near misses gain an opportunity to prevent future incidents.

“It’s a great tool,” Michael Crowl said. Crowl is the director of environmental, health and safety at PIKA International, an environmental engineering and remediation services firm based in Stafford, TX. “A near miss is a leading indicator to an accident that, if scrutinized and used correctly, can prevent injuries and damages.”

Collecting near-miss reports helps create a culture that seeks to identify and control hazards, which will reduce risks and the potential for harm, OSHA states. But a well-run program goes beyond the collection of reports. Ruebesam outlined three key elements of a successful near-miss program:

Crowl agreed. “You must not take a near miss lightly,” he said. “You must carefully investigate it, determine the root causes and implement appropriate controls accordingly.”

At Fluor, near misses are ranked by potential severity. If it could have resulted in an injury or death, a full investigation is conducted. If the near miss creates a condition that is less serious – such as a trip hazard due to an electric cord – the hazard is abated and the risk is communicated to everyone.

At PIKA, lessons learned from near misses are shared with employees through various platforms, including at company meetings and individual project sites. Sometimes, the near misses are communicated by the president and CEO.

A recent email from PIKA’s president and CEO described an incident in which a container used for discarded cigarettes was smoldering. To prevent this from happening again, workers were advised to properly extinguish cigarettes in the sand provided in the containers, and keep combustibles and other debris out of the containers. Additionally, the company updated the design of the containers.

“The intent is to learn the lesson once – at a near-miss level – implement appropriate controls and then share it amongst our projects to prevent similar accident potentials from happening,” Crowl said.

Employee participation in any near-miss program is vital, Ruebesam said. “It’s employees themselves who witness these things,” he added. Workers should be trained on how to properly identify and recognize potential hazards. To help make it easy for employees to submit near misses and ensure good data, consider allowing them to turn in near-miss reports anonymously, Ruebesam suggested.

“If we require them to put their name on it, some of the information we would otherwise get wouldn’t happen,” he said.

Similarly, avoid naming people who may have contributed to the near miss. At PIKA, individuals involved in near misses are not openly identified.

“We’re doing our best to keep the focus on lessons learned and what not to do, rather than focusing on who did wrong and assigning blame,” Crowl said. “As soon as we start bringing it to the ‘blame game,’ then we’re going to lose the benefits brought to PIKA from the lessons learned.”

To get employees in the habit of turning in near-miss data, employers may be tempted to set quotas. But Ruebesam advises against this. Although quotas may be beneficial for establishing expectations when kicking off a new reporting program, he said, continuing these requirements could negatively affect the quality of the information employers receive.

“If people look at it as an obligatory quota thing, they might just get it out of the way right away,” Ruebesam said, cautioning that workers who have met their quota may ignore subsequent – and potentially more dangerous – near misses.

Another way to encourage reporting is to offer incentives to workers who report hazards. The fact sheet from OSHA and the National Safety Council states that this type of incentive – as opposed to those that offer rewards for low or zero injury rates – can encourage a reporting culture.

Additionally, safety pros may find more support from employees when investigating a near miss than when investigating an incident. “Many times, I’ve found people are much more open to make a positive team contribution towards the prevention of an accident through the discussion of a near miss than if an accident has already occurred,” Crowl said. “People seem more willing to talk than when something has happened.”

Organizations that implement near-miss programs credit them with improving safety. PIKA, a company with about 130 employees, has been running its current near-miss program for nearly two years. After the first full year of the program, the company’s OSHA recordable number fell from 4 to 1, tying an all-time low for the company. The total incident rate dropped from 3.62 to 0.817 – in just one year.

Although Crowl attributes some of the success to a newly implemented job safety analysis process, he believes the near-miss program played a big role. But success is dependent on the support of all employees. “If it’s not supported by all levels of the organization and positively reinforced at all levels, then it’s not going to be effective. The success of our program is a direct reflection of our entire team’s commitment to safety,” Crowl said.

Ruebesam agreed. Employees want to know their employer is serious about the program, so management needs to work hard and be persistent in promoting the value of near misses, he said.

“You have to demonstrate over time you’re committed to it,” Ruebesam said. “If you can do that, you’ll have a better program.”

Want to know how to purchase our products? SHOP NOW!

Nearly 13,000 American workers are injured each day. These numbers are staggering, and the worst…

Welcome to our new Blog. Here you will find product showcase posts, updates to our…